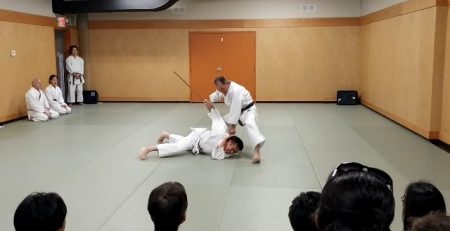 The Nikkei National Museum and Cultural Centre in Burnaby had its annual festival during Labour Day Saturday and Sunday.... read more

IMG_8162 Last Sunday was our third year participating in the martial arts demonstration at the Nikkei Festival at the Nikkei... read more

Extra Cold This Winter…on the Beach

List of what you need for this Saturday: come dressed in your gi - wearing a swimsuit underneath is fine,... read more

In the Thick of Things

I'm ensconced in the corner ring officiating, so I can't wander around so much to get photos.  Here are... read more

Getting Ready for the Beach Practice, and the Soggy Aftermath