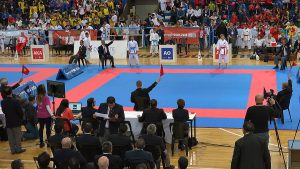 How many tournaments have you participated in?

I have participated in approximately 15-20 tournaments over the past years.

Before the Junior Pan-Am Championships in Buenos Aires, what was the most exciting competition you had ever participated in?

Definitely the 2017 Canadian National Championships. It was truly amazing to have the BC Team backing me up and supporting me. As well, this tournament did not only allow me to bond and make friends, but it also revealed my capabilities.

How long did you train specifically for this tournament?

I have trained intensely for the Jr. Pan-Ams for a very long time. From the beginning of March to the end of August, which is nearly 6 months, I have trained very hard for this tournament specifically. 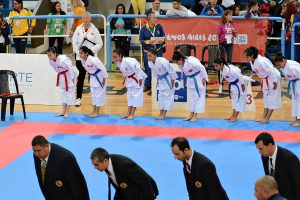 What division(s) did you compete in?

I competed in the Female 12-13 Kata division.

What katas did you perform, and what did you think about your performances?

I felt very good about my Unsu, because I had used it several times in competition and it was my “comfort kata”.

However, I did not feel the same about my Nipaipo. In fact, I was very nervous about performing my Nipaipo because it was the first time I had ever used it in competition. 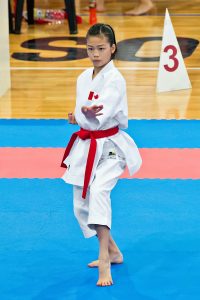 What did you like best about your competitors, and what might you do differently next time you compete?

Personally, I liked my competitors’ sportsmanship. They were very kind and often congratulated/consoled one other. Next time I compete, I think I would warm up more because my lower body was not as warm as I would’ve liked.

Do you feel differently in karate and in the other aspects of life after this experience?  How?  Why or why not?

Honestly, after this tournament, I was more than ready to take a very long break from karate. However, when I got back to Canada, the thought of leaving the dojo and my friends was nearly impossible. I knew, if I took a break, I may never come back to karate again and the thought of not experiencing the Jr. Pan-Ams again was disappointing. If you asked me before this tournament, I would say karate was just a leisurely pastime, but now, it is practically my life.

For instance, when I look at our dojo, I see many opportunities. We are trained by Sato Sensei when other people will dream of just simply meeting him.

Everyone in our dojo has an opportunity to try out for the BC Team/Canada Team, but it really just comes down to whether or not we take those opportunities.

What might you suggest to someone else who is looking at competing at tournaments like the Junior Pan-Am?

I would encourage them to try out, regardless of any doubts. It is better to try out and not make it onto the team than to NOT try out at all. For instance, it was just one and a half years ago that I tried out for the BC Winter Games and look how far I have come.

Plus, even if you do not get the results you were expecting, you would have improved a lot. For example, after I had lost my second match at the Jr. Pan-Ams, my coaches all went up to me and congratulated me. At first, I had no idea why they congratulated me because I had lost, but eventually Katarina approached me.

“Ashlyn, you have trained so hard and improved so much over the past few months. You had improved, little by little, every time I saw you. Congratulations.”

So if you’re planning on trying out, remember: sometimes, it not about the outcome, but instead, the journey.

Congratulations, Ashlyn, for a job well-done!

I know this isn’t a question but I would like to thank everyone at our dojo for supporting and encouraging me the past 6 months. Without you guys, I would never have even tried out for the BC Winter Games. Huge thanks to Sato Sensei too who took spent so much time helping me. I have to say, I have never seen a more supportive dojo. 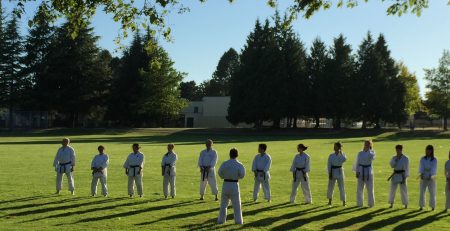 No Rest For the Wicked…Even on a Holiday Weekend, Part 1

Usually, a long weekend means taking it easy, but this Saturday was our Powell Street Festival karate demo, our... read more

Live-Streaming of the 2015 Karate Nationals

If you cannot be at the Olympic Oval in person this weekend during all three days of competition, you... read more 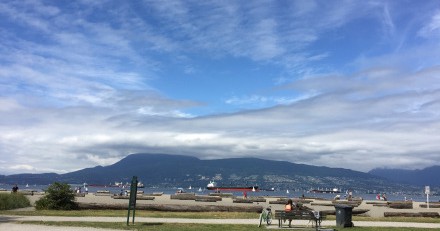 so digified Today we are having the semi-annual black-brown belt workshop, on Vancouver Island, hosted again by the ever-hospitable Brenda... read more

Today is Day 1 of our 60th Black Belt-Brown Belt workshop, this time at Hombu Dojo.  This is our... read more

Love and Condolences to the Family of Stan Morrison

Stan Morrison, Black Belt at Hombu and our association webmaster for many years, passed away last month. Those of us... read more

Here are a few photos of Evan at the Main Dojo after attending a class with the kids. A few... read more