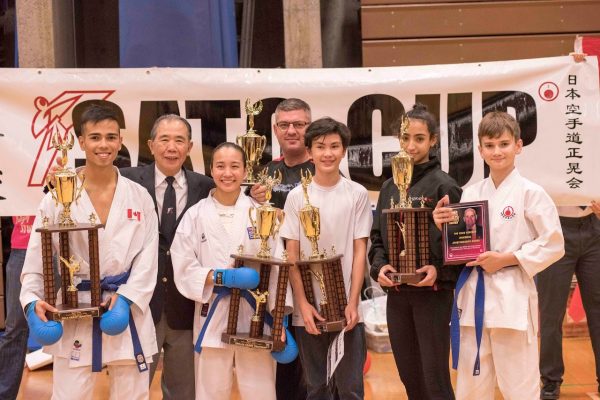 Recognized as one of British Columbia’s premier karate events, on November 12th the 17th Annual SATO CUP was held at BCIT Sportsplex in beautiful Burnaby, B.C.

With over 400 competitors and 130 volunteers from Canada and the USA, Sato Cup hosted traditional karate events such as Kata and Kumite but also added some excitement to the tournament with team kata and weapons class events.  Athletes as young as 7 years old competed and everyone’s spirits were high which made for an exciting (yes, loud) day of fun competition.

In the Black Belt category, one club dominated the Kata ring.  In Women’s Kata, Shalene Lee of Kimeru Shotokan took the gold. From the same club, the Men’s Black Belt gold medal winner was Amr Fahmy.

In Kumite within same category of Black Belt, the Nikkei/Ladner/BMK karate club ruled the day as two of their athletes walked away with gold medals. Danielle Fookes for Women’s Kumite and for Men’s Kumite, Yuji Matsuda. 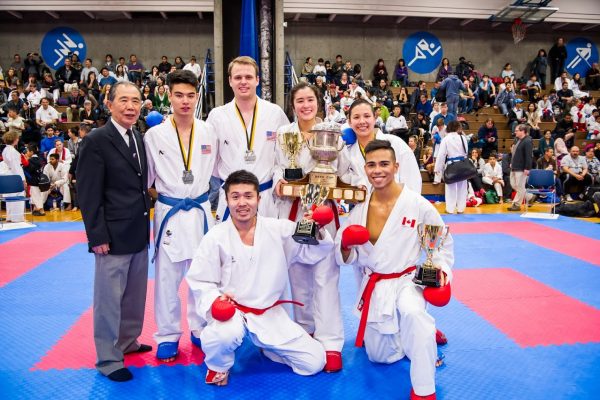